The End of the Carbon Footprint 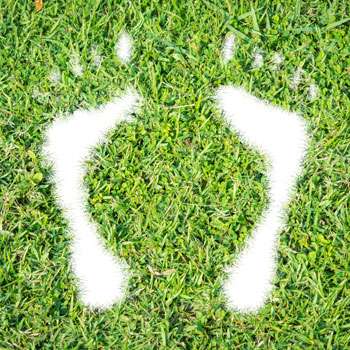 The ultimate goal for the heating oil industry is achieving net-zero carbon emissions. This means no carbon footprint from an energy source, which is a far cry from what New Jersey—and the world—could have imagined even one generation ago. Your fuel will move even closer to becoming carbon neutral as higher blends of ultra-low-sulfur heating oil (ULSHO) are put into use.

In addition to the environmental implications sulfur buildups in a heating system, this issue is often the culprit when we see system maintenance issues. Sulfur reductions at this scale also lead to fewer system issues and ultimately lower maintenance costs.

The Path to Net-Zero: What’s Next for Carbon Emissions

Carbon neutrality is more than an idea: During a historic meeting at the Northeast Industry Summit last September, leaders from the Northeast’s heating oil industry unanimously passed an ambitious resolution: to achieve net-zero carbon dioxide (CO2) emissions by 2050.

The resolution calls for the following:

Blends of Bioheat® fuel are on the rise and increasing from year to year in the Garden State. This means oil-heated homes are becoming even more efficient as we move steadily along the path to net-zero carbon emissions.

What is Bioheat® Fuel?

Bioheat fuel is a blend of biodiesel and ultra-low-sulfur heating oil (ULSHO). A more eco-friendly alternative to both traditional heating oil and natural gas heat (at blends of 12% biodiesel and beyond), Bioheat can be used in existing home heating oil systems. And while heating systems require no modifications to use it, the results are far better. Sustainable and incredibly efficient, Bioheat is made from renewable resources including plant oils, recycled grease, animal fats and algae.

Browse our website to read more about ultra-low-sulfur heating oil.