Lifting The Veil On Electrification In New Jersey 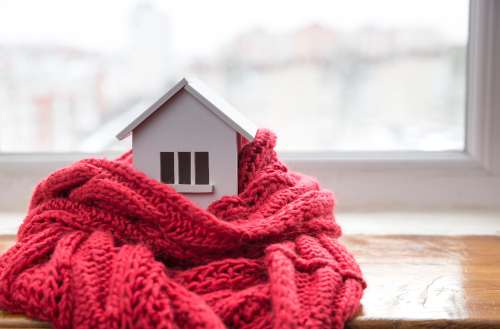 Many states, including New Jersey, have been adopting the strategy to electrify everything possible, including heating systems.

For example, under the state’s Energy Master Plan (EMP), 87% of New Jerseyans who use natural gas, oil or propane would eventually be forced to surrender their existing central heating systems and install electric heat pumps.

This is a big problem. Heat pump conversions are expensive and not practical for all New Jersey homes. Heat pumps also do not work very efficiently when the weather—and your home–gets cold.

Plus, in its present form, electricity is not a clean fuel. It is generated at power plants, which are among the largest sources of greenhouse gas pollution in the United States.

Essentially, the lofty goal of the EMP is to fully convert New Jersey’s energy generation and consumption to 100% renewable sources by 2050. The plan primarily defines renewable sources as electric energy only, generated through wind and solar sources, which is only a concept at this point.

The new electric heat being touted by many state and local governments is a heat pump, which is basically an air conditioner that can work in reverse, blowing warm air into a home during the cold weather months.

While heat pump technology has improved greatly over the years, there are still times when it is so cold the heat pump will not be able to keep your home comfortable, requiring the need for a backup heating system.

But if oil and gas heating systems are on the chopping block, the only alternative for backup heat would be electric resistance heat strips that are integrated into the central heat pump system. But this will make electric bills go even higher. In 2019, New Jersey’s electric rates were 27% higher than the national average, according to the U.S. Energy Information Administration

One of the many problems with the EMP is that it does not fully consider the different types of heating systems in New Jersey, and therefore dramatically underestimates the cost to install a heat pump.

North Jersey has five times the number of boilers as the national average; South Jersey has 2.5 times as many. This means there are many homes in New Jersey that do not have duct work to distribute the warm air generated by a heat pump. Depending on the design of the home, the installation of a heat pump could cost homeowners $6,500 to $32,000 above the replacement cost of an existing boiler.

The heating oil industry is committed to achieving net-zero carbon dioxide (CO2) emissions by 2050. This and other innovations within the industry will help to keep oilheat as the bona fide leader in America’s clean energy evolution.

Read more about how today’s clean-burning Bioheat® fuel stacks up against both electric heat and natural gas.